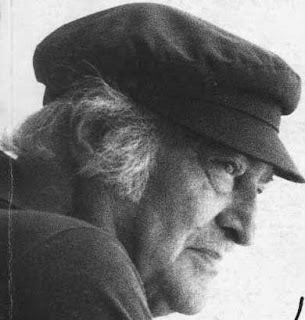 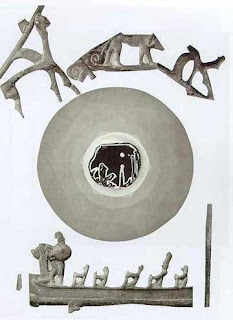 Odysseus Elitis (1911-1996), winner of the 1979 Nobel Prize for Literature, stands as one of greatest poets in . He is also one of the leading representatives of surrealism and one of the most important figures of the 20th century poetry. In his work, modernism and tradition are fused in harmony.
Elitis became acquainted with French surrealist poetry in the '30s and was captivated by surrealism's affirmation of feeling and the subconscious self, its rejection of traditional forms and rigid modes of poetical expression. But he did not adopt surrealism's free associations and automatic writing as proclaimed by Andre Breton. His, is a mild and controlled surrealism, the syntax in his poems is not violated and, thanks to his talent, the juxtaposition of images is coherent and pleasurable.
These qualities are manifested in his first collections of poetry (Orientations, 1939, and Sun the First, 1943) celebrating the Greek landscape as an ideal world of sensual enjoyment and moral purity. The blue seas and the azure skies, the explosive light, the Aegean islands with their white cottages and bare rocks, the olive trees and the crickets, ancient amphorae and ruins, summer high noon and the winds define the scene where life is liberated and triumphant, mystical and deeply meaningful. As he put it, he did not serve surrealism, he asked surrealism to serve him:
'I never was a disciple of the surrealist school. I found certain congenial elements there, which I adapted to the Greek light. Europeans and Westerners always find mystery in obscurity, in the night, while we Greeks find it in light, which is for us an absolute', he stated in 1972.

The influence of the sea and the sun is diffused in almost all his poems. In a passage of his Open Book he gave three images to illustrate the way he experienced the mystery of light, fact that refers to the Greek summer, the Aegean Sea and its islands:
'Once, at high noon, I saw a lizard climb upon a stoneand then, in broad daylight, commence a veritable dance, with a multitude of tiny movements, in honour of light. There and then I deeply sensed the mystery of light. At another time I experienced this mystery while at sea between the islands of Naxos and . Suddenly in the distance I saw dolphins that approached and passed us, leaping above the water to the height of our deck. The final image is that of a young woman on whose naked breast a butterfly descended one day at noon while cicadas filled the air with their noise. This was for me another revelation of the mystery of light. When I speak of solar metaphysics, this is exactly what I mean.'

The attempt of Elitis to identify himself with his nation and speak for himself and also for his country reaches its peak with Axion Esti (1959), his central and most ambitious work, aiming to present modern Greek consciousness through the development of a first-person narrator who is simultaneously the poet himself and the voice of his country. The sun and the sea are fused into a world of symbols that give identity to the Greek civilization and history. It took him 14 years to write it and he combined the biblical story of the creation with Modern Greek history. Its three parts are named characteristically "The Genesis", "The Passions" and "The Gloria", and it culminates in a glorification, of what is Axion - that is, Worthy - in "this small, this Great World". As he said in his address to the Swedish Academy on receiving the Nobel Prize, "apart from the physical side of objects and the ability to perceive them in their every detail, there is also the metaphorical ability to grasp their essence and bring them to such clarity that their metaphysical significance will also be revealed". In Axion Esti, a major poem by any standards, these ideas are materialized poetically.

Elitis never ceased from exploring poetry's role in these materialistic times and it is perhaps apt to conclude this appreciation by quoting a concise statement he once made concerning the aims of his poetry:
"I consider poetry a source of innocence full of revolutionary forces. It is my mission to direct these forces against a world my conscience cannot accept, precisely so as to bring that world through continual metamorphoses into greater harmony with my dreams. I am referring to a contemporary kind of magic which leads to the discovery of our true reality - In the hope of obtaining a freedom from all constraints and the justice which could be identified with absolute light, I am an idolater who, without wanting to do so, arrives at Christian sainthood." (Athens, 27 March 1972).
Elitis was also a talented painter and produced illustrations of his poetic world in gouaches and collages.


A collage created by the poet who is referring mostly
to the Aegean islands and their architecture
influenced by the sea and the sun.

An Elitis' collage about the sea.
Where the depth meets the chaos!
(This is the editor's perception)
Another collage of Elitis reminding us of
the connection between the Greek civilisation and the sea.

You have a taste of tempest on your lips - But where did you wander
All day long in the hard reverie of stone and sea?
An eagle-bearing wind stripped the hills
Stripped your longing to the bone
And the pupils of your eyes received the message of chimera
Spotting memory with foam!
Where is the familiar slope of short September
On the red earth where you played, looking down
At the broad rows of the other girls
The corners where your friends left armfuls of rosemary.

But where did you wander
All night long in the hard reverie of stone and sea?
I told you to count in the naked water its luminous days
On your back to rejoice in the dawn of things
Or again to wander on yellow plains
With a clover of light on you breast, iambic heroine.

You have a taste of tempest on your lips
And a dress red as blood
Deep in the gold of summer
And the perfume of hyacinths - But where did you wander?

Descending toward the shores, the pebbled bays?
There was cold salty seaweed there
But deeper a human feeling that bled
And you opened your arms in astonishment naming it
Climbing lightly to the clearness of the depths
Where your own starfish shone.

Listen. Speech is the prudence of the aged
And time is a passionate sculptor of men
And the sun stands over it, a beast of hope
And you, closer to it, embrace a love
With a bitter taste of tempest on your lips.

It is not for you, blue to the bone, to think of another summer,
For the rivers to change their bed
And take you back to their mother
For you to kiss other cherry trees
Or ride on the northwest wind.

Propped on the rocks, without yesterday or tomorrow,
Facing the dangers of the rocks with a hurricane hairstyle
You will say farewell to the riddle that is yours. 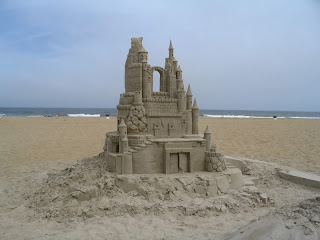 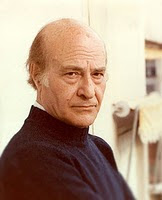 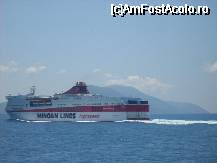